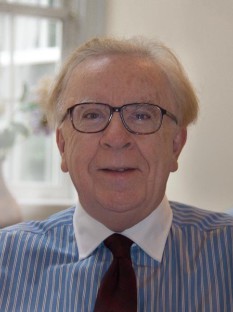 Dr. Restak is a graduate of Georgetown University School of Medicine. Post Graduate training included a rotating internship at St. Vincent's Hospital in New York, psychiatric residencies at Mount Sinai Hospital and Georgetown University Hospital, and a residency in neurology at George Washington Hospital in Washington DC. Concurrently, he is Clinical Professor of Neurology at George Washington Hospital University School of Medicine and Health Sciences.
He also is also a member of the clinical faculty at St Elizabeth's Hospital Overhoiser Division of Training, Department of Psychiatry, Washington, DC, and maintains a private practice in neurology and neuropsychiatry in Washington, DC. He holds membership in several professional societies and serves on numerous committees.

Dr. Restak has written over 20 books on the human brain, two of which were main selections of the Book Of The Month Club. He has penned dozens of articles for national newspapers including the Washington Post, New York Times, Los Angeles times, and USA Today; he has contributed brain and neuroscience-related entries for the World Book Encyclopedia, the Campton's Encyclopedia, the Encyclopedia Britannica, and the Encyclopedia of Neuroscience.

As a regular lecturer, both nationally and internationality, he has presented commentaries for both Morning Edition and All Things Considered on National Public Radio and made numerous appearances on leading television talk shows including: the Today Show, Good Morning America, the Discovery Channel, and the McNeil-Lehrer Report.
Read more about Dr. Restak here.